IRAN-RUSSIA-CHINA: A STRATEGIC ALLIANCE IS BORN WHILE THE US LOSES GROUND AND ALLIES 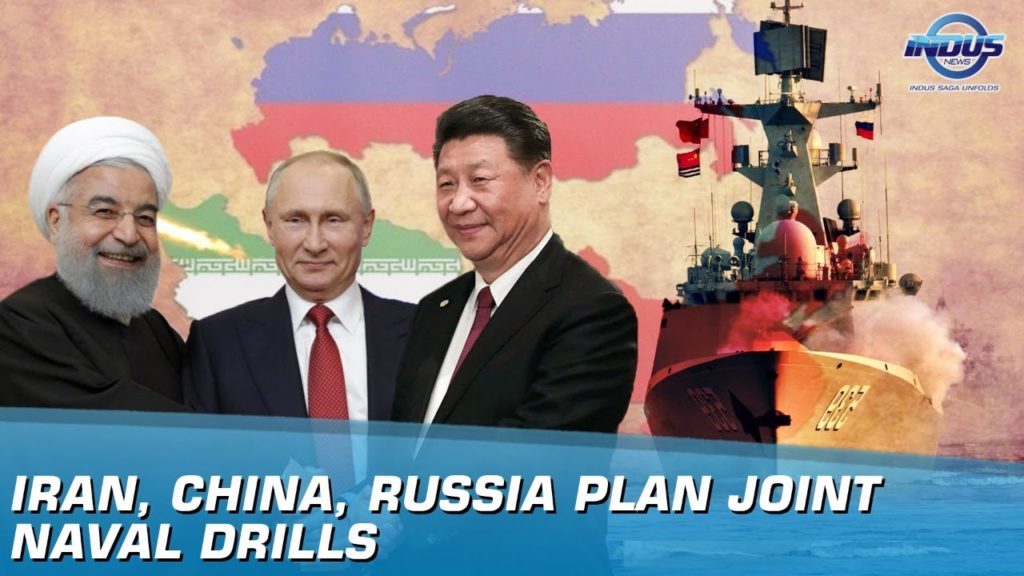 IRAN-RUSSIA-CHINA: A STRATEGIC ALLIANCE IS BORN WHILE THE US LOSES GROUND AND ALLIES

In 2005 Iranian President Mahmoud Ahmadinejad/ began/ “looking East” (to consolidate/ Iran’s relationship with Russia and China (rather than with Europe and the US)).

He/ shared/ the belief of the Rahbar, Grand Ayatollah Sayyed Ali Khamenei, that the West/ could not be trusted.

In 2013, when Sheikh Hassan Rouhani/ came to power, the Leader of the Revolution/ did not reject/ his request to try and break through the “nuclear negotiation” with the Americans. “Go and try but know/ [that if you/ give/ the West/ a finger, it/ will ask for the entire arm]. They/ are/ untrustworthy”. Indeed, in 2018, President Donald Trump/ unlawfully and unilaterally revoked/ the 2015-signed “nuclear deal”, known as the JCPOA. Moreover, Trump/ exerted/ the harshest economic and commercial sanctions on Iran (to attempt to break/ the country’s back and force/ it/ to submit). Two years later, in 2020, ties with the West/ are at their lowest level ever.

★[[Iran/ has accordingly changed/ its tactical relationship with Russia and China to a deeply-rooted strategic relationship with hundreds of billions of dollars’ worth of deals now signed for periods of 20 and 25 years.

Following the failure of the US “maximum pressure” on the “Islamic Republic”, Iran/ is holding firm under the leadership of Sayyed Ali Khamenei, excluding the possibility of contacting/ President Donald Trump, whether it/ is to re-negotiate/ the nuclear deal, offer/ any concessions, or discuss/ its missile programs. It/ is steadily developing/ its non-military nuclear programme (notwithstanding the Israeli sabotage of its Natanz nuclear facility). Moreover, Iran/ has signed/ a $400 billions deal with China, without thereby precluding/ the possibility to sit around the table with a US president (when President Trump/ leaves/ office in a few months or years). Also, Iran/ is preparing/ a new and more robust rapprochement and strategic collaboration with Russia, greater than ever, to create/ a united front including all countries under US sanctions, united together against Washington.]]

“For the last two years, Europe/ offered/ words but no actions (sufficient to honour/ the JCPOA). The European countries/ did not dare to stand against the unlawful US decision and prevented/ their banks and companies from respecting/ already signed contracts with Iran. European leaders/ have/ the interests of Israel in mind (after those of the US) above all others, and are unreliable partners. China and Russia/ are acting independently from the US unilateral sanctions on Iran and other countries/ are also joining in. The Iranian choice/ is/ very simple for us and Sayyed Ali Khamenei/ has taken/ a strategic choice (which all key decision-makers/ support). We/ can’t wait for the next US President, for the day Trump leaves office. We/ have/ a clear objective and have/ the option to look into the US-EU choice (once it is serious enough). However, both the US and the EU/ will no longer be/ Iran’s first choice of business”, said/ the Iranian decision-maker. China and Russia/ are/ not the only two countries (who rejected/ the US unilateral sanctions). Turkey, India and Pakistan/ have all refused to cease/ their commercial and energy relationship with Iran.

Iran’s Foreign Minister Zarif/ made/ one of his most important visits to Moscow, a “tested partner in Syria and a real supporter at the United Nations at the most needed time (when the US/ has lost/ its balance)”, said/ the source. After the deal with China, a comprehensive deal with Russia/ is on its way to pave/ the road for Iran to join/ the Shanghai Cooperation Organisation as a member and no longer merely as an observer.

This/ will involve/ [establishing/ a very long-term partnership (on all levels)], including the military cooperation (with another long-term deal) (to sign in the near future).

These/ are/ exceptional deals with superpower countries. It/ is/ unusual [for Iran // to accept/ the terms (imposed by dealing with such powerful countries)]; Iran/ is treading/ the minefield of article 3 of its constitution. New alliances/ are emerging, between countries united and strengthened by the imposition of US sanctions imposed on all of them. Meanwhile, the US/ is losing/ more ground and more allies.